Recently, I decided to watch the new Autism Speaks documentary “Sounding the Alarm: Battling the Autism Epidemic” and live tweet my reaction/outrage in real time.

Why did I do this?

Well, I had seen clips of the documentary.  I’d heard some feedback that was concerning. I know that many of my friends wanted to watch but were afraid to. I think it is quite telling when a group called Autism Speaks puts out a documentary that Autistic people are afraid to watch.  I wanted to watch it because I wanted to know what was being said about us, without us.  Again.

I mentally prepared myself and the amazing Leah Kelley stepped in to watch and tweet with me so that we could support each other.  Spoiler alert:  We both ended up in tears, but probably not for the reason that the people this film was intended for probably did.

Let’s start with the title.   Sounding the Alarm: Battling the Autism Epidemic.  Another attempt at using war metaphors to describe our lives.  Do the people making these films ever think that Autistic people are going to watch?    Or do they just assume that we don’t have feelings?  Autism is my neurology.  You can’t battle who I am.  Not without destroying who I am.  Turns out, that’s exactly what Autism Speaks wants to do.

We start out with text on a black screen with ominous music about the rising rates of Autism.  No mention is made of how we have more educated professionals who are able to more easily recognize people who would otherwise go undiagnosed.  That’s not good fear mongering,  I guess.

The film then shows images and old pictures of Bob and Suzanne Wright’s grandson, Christian.  Cute kid!  Bob Wright talks over the pictures by saying “He was a real little person”.

They talk about recognizing that their grandson was different from other children, and how it felt when he ultimately received  the diagnosis of Autism.  Their reaction was certainly not one of acceptance.  They wanted to fix him.   This is how Autism Speaks was born.

Throughout the film, the “cost” of Autism is brought up several times.  From Bob Wright lamenting that “you don’t die of autism”, to doctors talking about the millions of dollars we cost, to parents distraught about paying out of pocket for therapies that are not covered by insurance.  There is not one point in this film that talks about the fact that not only do many Autistics find ABA (the therapy they bring up the most) to be dehumanizing and abusive, but also that childhood should not be spent in 8 hours a day of therapy.  Autistic children are children first.  They are not your science project.

By far, the most disturbing part of the film for me was the filming of Autistic children and young adults in crisis.   Shown at their most vulnerable and since all of the parents claimed they were unable to communicate, certainly without their permission.

I was able to emotionally separate myself until the moment a young man who was Autistic and had Down’s Syndrome was shown, clearly in distress.  His parents and caretakers sat around a table talking about how this young man was unable to communicate.

He was communicating right in front of them!  They were not listening!  It made me so angry for that young man.

In an earlier scene, a little boy was asked to give his mother a hug.  He complied.  I guess he didn’t comply enough because she asked him several more times when he was already done.  She later said “We want our child to say ‘I love you'”.  Um, he just did.

When will people understand that communication is so, so much more than verbal speech?  It is heartbreaking for these kids to see them trying to communicate and essentially being ignored.  It is also heartbreaking for me, as a parent, to see these parents so focused on verbal speech above all else that they are missing out on beautiful relationships with their child.  These kids deserve more.  You know what?  These parents deserve better too.  Autism Speaks is selling them a LIE about which lives are worthy and which are not.  And they are buying it, but they don’t have to.

I’m still confused a bit about the part of the film that features Dan Spitz of Anthrax.  He calls  parenting his Autistic children “a living Hell” and then blames the fact that he needs to work to provide money for his family on Autism.  There is a scene where he hugs his wife goodbye as he goes on tour with his band which is very sweet, I’m sure, but that is somehow the fault of Autism?   Well, I know plenty of military families who have Autistic children who are separated for long periods of time that don’t blame it on Autism.  Once, my husband went to the Canary Islands to work for eight weeks because he has to work so that our family has money, but he didn’t blame the fact that our child was Autistic for our separation.  Maybe it was my Autism that caused it?  In any case, most people have jobs and have to work to make money and that is not the fault of Autism.

There is a scene at an Autism Walk where they address the legitimate concern that people in marginalized communities have less access to services and appropriate diagnosis.  They spend, like a whole minute on that before they cut back to the Autism Walk and fail to mention how they raise millions of dollars with these walks that they then never put back into our communities.  A really simple solution, I think, is to spend less on “research” and administrative costs and invest that money back into communities that need it most.

There is a lot of talk about “research” and the cause of Autism and the search for a cure.  Honestly, this part just made me too rage filled to revisit.  I don’t need to be cured.  I need acceptance and I need Autism Speaks to stop talking about me like I’m a huge burden who only exists to make other people’s lives harder.  So, that’s all I have to say about that.

Autism Speaks gets a lot of criticism for not listening to Autistic adults.  In this film, they asked several Autistic adults what they liked best about their jobs.   They didn’t ask them what services they would like, or how they would like to be supported, or if they’d like to have a voice in the conversation about them.  But they did ask no less than four people what they liked best about their jobs!

This is a point that really upset me as well.  There are huge lacks of adult services that offer meaningful support.  In many places, a thing such as adult services doesn’t even exist.  In places where they do exist, they are extremely underfunded.   In the film, all of this was talked about solely on how the parent experiences these things.

In a film full of dehumanizing rhetoric, calling us a problem, saying we make your lives a living Hell, focusing on how much we cost, we wonder why adult services are so lacking?  When we are not human, what’s the point in supporting us?  I mean, if we can’t fake it by being “indistinguishable” and comply to your demands of always using verbal speech, even when it hurts us, what worth do we have?

I am glad they talked about this issue, and the lack of appropriate transition and adult services.  It’s a thing.  How can we change this?  What can we do so that Autistic adults are supported?  These are valid questions.  I just don’t think that talking about us as if we are half people unless we are cured is doing much other than making it worse for us.  I know the answer is not to ask our parents instead of us.

I would not suggest that anyone watch this film.  I know many parents have felt that they can watch these documentaries and feel “not alone”.  I just don’t see how you can justify your need for support at the expense of the dignity and humanity of Autistic people.   There are ways to find respectful support that don’t demonize and stigmatize our lives.   Use those 57 minutes of your life that you’d spend watching this to do something to make the lives of Autistic people better.  Because this film certainly isn’t helping. 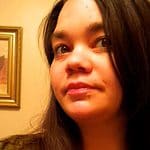 About the Author, Lei Wiley-Mydske

33 thoughts on “Film Review of Documentary “Sounding the Alarm: Battling the Autism Epidemic””