Sesame Workshop, I am Your Friend.

And I want to open your eyes. The partnership with Autism Speaks will hurt so many people, you will destroy your own legacy of inclusion.

I know you still don’t see it this way. Autism Speaks has mastered the skill of deceit. Autism Speaks uses inclusive language while applying exclusive tactics. It deceives and lies. It never apologizes.

You have heard, by now, all the truths about that hateful organization. You have, so far, ignored us.

This tells me that Autism Speaks has already spread its venom. But it does not have to be lethal, you can still recover.

It is easy to guess what Autism Speaks’ people told you.

They said that some “high-functioning” Autistics would complain about the partnership.

They said that “those” Autistics can go to college and work, so they don’t really speak for the “severely affected, low-functioning” Autistics.

This should make you very concerned about Autism Speaks. Anyone who uses functioning labels when referring to Autistics, is already showing bigotry and excluding Autistics who need more assistance to navigate the world, like me.

Not to mention ignorance and disinterest: every proud Autistic knows that using functioning labels is a tool of the oppressor, to keep it’s perceived superiority.

Another big mistake: we do not claim to speak for all Autistics, but we demand respect for all.

I don’t believe Autism Speaks is capable of showing respect for Autistics. It never has and actually it doubles down on disrespect with every new initiative.

That’s how the partnership will play out:

Imagine children, Autistic and non-autistic, watching the show and learning that autism is an epidemic, that our families are devastated when they learn we are Autistic, that living with us is so difficult, that we have no future (these are words used by Autism Speaks when it speaks about us).

How to make all children feel included if some children are said to be so bad nobody wants them around?

You will probably say that this language will not be in the show. I will pretend, just for a minute, that this can actually happen. I bet there is some money involved in this partnership, some sponsorship with strings attached, and that’s one reason why I don’t really believe you can decide that. But I am pretending, so maybe the language will not be in the show. Still, Autism Speaks will. They will be the visible link that children and families will have regarding autism. And the dreadful message will reach them anyway. Autism Speaks’ goal is to get the families to donate money to the organization, so it can continue to silence us and demonize our neurology.

The families will donate money to Autism Speaks, because you will be endorsing the organization, as if it has the authority to speak on our behalf, as if it has our best interest in its metaphorical and elusive heart.

It doesn’t. It never has and it has shown, over and over, that its main goal is to rid the world of people like me.

Aren’t you a little bit curious and interested in listening to us?

Or has the poison Autism Speaks made you drink already changed your character?

You continue to ignore us, hate wins.

Children, Autistic or not, lose
Inclusion loses
Ultimately, everyone loses.

I am a friend, listen to me Sesame Workshop. 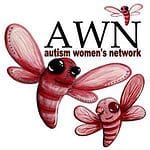 ← LabelsDear Google, Do No Harm →