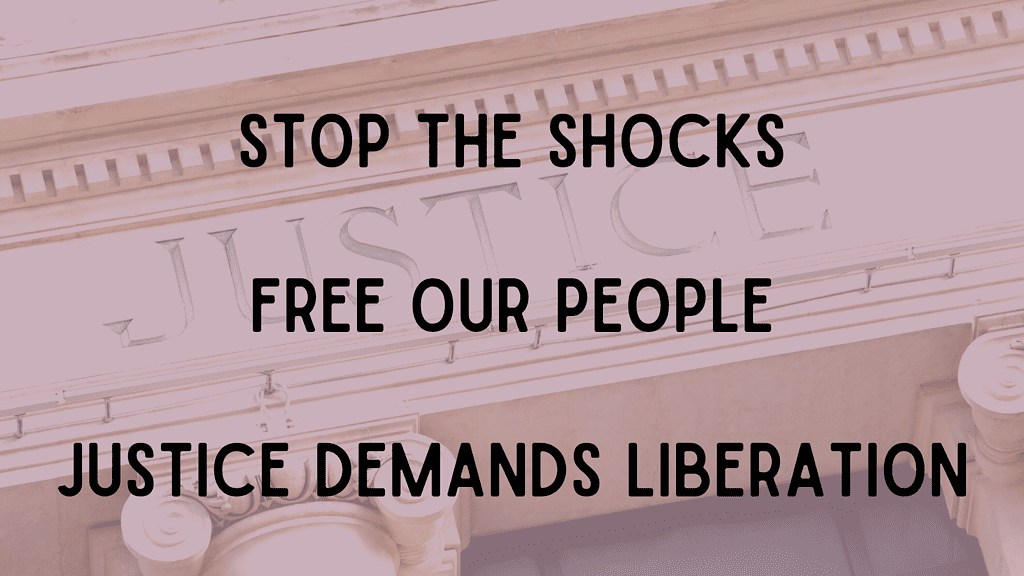 The Autistic Women and Nonbinary Network unequivocally condemns yesterday’s court ruling striking down the FDA’s ban on painful electric shock for behavioral modification on disabled people. These devices are only known to be used at one institution in the U.S. – the Judge Rotenberg Center (JRC) in Massachusetts.

Since 1988, the JRC has subjected people with intellectual, developmental, and psychosocial disabilities to painful electric shock for behavioral modification and punishment, using a device its founder invented to be more painful and powerful than a police taser. Disabled advocates and our allies have advocated for over three decades to stop the shocks and end the abuse. The United Nations has twice condemned use of the shocks as torture, and the U.S. Department of Justice has investigated the JRC.

Over the last several years, those advocacy efforts culminated in a public hearing in 2014 before the FDA’s neurological devices committee, which considered testimony from hundreds of community members and experts. recommended issuing a ban on use of the JRC’s device. The FDA did not propose a ban until two years later, and did not issue it until March 2020.

Immediately after issuing the ban, the JRC and a group of nondisabled parents sued the agency to stop the ban from coming into effect, in continuation of a decades-long pattern of evading regulatory action through the courts. Ironically, the JRC argued that the COVID-19 pandemic itself meant that people subjected to the shocks should continue to receive them in order to avoid interrupting treatment. As a result, the ban never went into effect, and disabled people continued to be subjected to these abuses.

Yesterday’s decision by the D.C. Circuit Court recognized that the FDA has the authority to ban devices used for medical purposes, but not to regulate the practice of medicine. That is, the D.C. Circuit Court’s decision stated that the FDA is permitted to ban a device for all purposes, but not to ban a device for only one purpose.

This decision is devastating and enraging for our community members. Dozens of largely Black and Brown disabled people institutionalized in the JRC will continue to be subjected to torture in the name of treatment. In real numbers, that means 55 human beings will continue to be tortured because of their disabilities, and it will be legal. But we will keep fighting and demanding justice. The FDA must reissue its ban to prohibit any use of the JRC’s device. And we must keep demanding an end to all forms of abuse and torture of disabled people, until we are all free.