When I became pregnant with my daughter, I had no idea that I was autistic. In some ways, missing that key information about myself simplified my path toward motherhood. I wasn’t faced with making the decision to become an autistic parent. I didn’t have to try to guess at how my sensory sensitivities might be worsened by pregnancy or a colicky infant. I had no idea that my executive function might not be up to the task of cleaning up after a toddler and making three healthy meals a day for a growing family.

Essentially, I went into motherhood thinking I would be just like all the other moms I’d read about in What to Expect When You’re Expecting and Dr. Spock’s Baby and Child Care. Once my daughter was born, it quickly became obvious that I wasn’t like the other young moms I encountered in play groups and neighborhood parks. I had no idea why, but I knew that I was facing some practical challenges that few of the other moms around me were.

So I wasn’t surprised when so many of the women I talked to for this article mentioned those same day-to-day challenges as being among the most difficult parts of motherhood or the primary reason for choosing not to become a parent. Carolyn, who is 30, cites her executive function impairments and difficulty sharing her home with other people as the primary reasons for her choice not to have children thus far. Though she loves working with children, she says, “I’m terrible at setting goals or making plans or schedules, and most days even preparing three square meals is a challenge. I’m too afraid my deficits would lead me to be a neglectful parent, and I’m not about to bring a child into the world as an experiment to find out for sure.”

Talking honestly about our choices like this can be hard. Going into parenthood undiagnosed creates one set of issues; facing the choice to become a parent when you know that your disability might limit your parenting abilities creates an entirely different dilemma. For many of us, our parenting experience is a mix of the two. 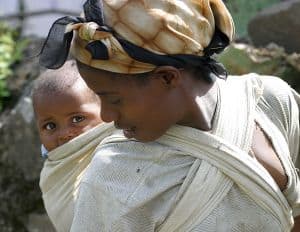 We enter motherhood with little knowledge of our differences and soon discover that having a child stretches our coping ability to the limit. The decision to have additional children then becomes a very difficult one. Patricia, who has two young children, would love to have another child, but says, “I am reluctant to further limit my ability to cope by having another child . . . it doesn’t seem fair to my children, who have emotional difficulties of their own, to have a mother who is so stretched and volatile. I struggle as it is, without a third child.”

As a young mother, I felt the same way. Although my husband wanted a big family, even without knowing that I was autistic, I instinctively knew that one child was all I could reasonably manage. While one child felt right to me from the start, many autistic women give up on dreams of a big family after discovering how difficult parenting is. Kezza, who has a two-year-old, dreamt of being a fantastic mother to a large family. After the birth of her son, she struggled with anxiety and sensory issues, leading to a decision to not have additional children. “I grieved this for awhile,” she says, “Before I realized I was on the spectrum I had this dream. Now I know how unrealistic this is for me. My diagnosis saved me from taking on more than I was able.”

For those women who know that they’re autistic,  the sensory challenges and physical changes of pregnancy are a common source of apprehension. Kerrigan, who has three children, remembers that she was “anxious and very scared of the birthing process. I probably read fifty books on pregnancy.”  Two of the women who shared their stories for this article said they planned to adopt because, while they wanted to be parents, the idea of being pregnant sounded too difficult.

Finally, among women who are formally diagnosed, there is the concern that an autism diagnosis could be a liability when it comes to maintaining our rights as parents. Ine, who would like to have children but doesn’t think it’s likely, worries that “my diagnosis might be used to declare me unfit as a parent in some way, for example in a custody case.” This is a very real possibility. There is a long history of women with intellectual and/or developmental disabilities having their rights to bear or raise a child interfered with.

What about the possibility of having an autistic child? The big name autism “awareness” organizations would have you think this is a disaster to be avoided at all costs. But actually autistic parents? Their views are more nuanced.

A few women spoke of the difficulties they themselves have experienced as a result of being autistic in a primarily neurotypical world. Petra, for example, put it bluntly: “I consider life a struggle and don’t want to inflict that on others.” I think we can all understand this sentiment. It can be hard to cope at times and the idea of bringing a child into the world to face the struggles we face is daunting.

However, as an autistic parent, we have a secret weapon–one that can make our autistic children’s lives less challenging than our own have been. Kim echoed the sentiments of many autistic moms, explaining how she and her autistic son have a special bond: “We love and accept each other enough to be ourselves. I am able to help him put words to things he doesn’t yet understand. I am able to help him figure out sensory issues that bother him and help him find solutions that work for him. I’m a problem solver and I work at something ’til all the kinks are worked out.”

Acceptance and understanding were common themes when autistic mothers talked about their parenting strengths. “It has been a huge benefit to have a shared neurology with my son,” says Puddy. Not only is she able to read his stress signals and coping levels, helping him to prevent escalations in his behavior, she says that “he finds great comfort in the fact that I can understand his need for routines and stimming that others see as odd.”

Again and again, autistic moms with children on the spectrum echoed Kim’s and Puddy’s sentiments. Many spoke of feeling fortunate that they can be there for their children, able to understand their experiences and needs thanks to firsthand experience. In mixed neurology families, autistic parents can help nonautistic family members understand an autistic sibling or child better. Puddy says she acts as a translator, helping smooth out the differences in communication styles between her autistic son and neurotypical husband.

Of course, not every aspect of being an autistic parent to an autistic child is a benefit. Mazaria, mom to three sons on the spectrum, feels that she can “relate to and support them better than a mom who didn’t have the same experience or mind processing. I don’t find my kids weird or tell them that they are ‘babies’ when they exhibit behaviors that are not age appropriate. However, if we are all escalated, it is hell for us.” Some of her sons’ sensory seeking activities are triggers for her own sensory sensitivities, making it challenging at times to balance everyone’s needs. She also worries that her meltdowns might be scary to her sons and relies on her husband to help her cope.

My own house is quiet these days. My daughter is grown and living on her own. Somehow, I made it through the difficult early years, finally breathing a deep sigh of relief when the school bus pulled away every day, leaving me with a few precious hours of alone time once again. We navigated the tricky waters of adolescence, and made it across that imaginary parenting finish line that is college. Of course I’m still a parent, but being the mom to an independent young woman is very different from being the mom to a toddler or a grade schooler.

I’m in a place now where I can look back on the journey and say that, without a doubt, all of those hard times were worth it. Being a mom changed me in ways that I could never have predicted, and all for the better. It’s tempting to say that if I’d known I was autistic I would have done things differently, been a better parent, but that’s a game that never ends well. Instead, I remind myself that I did what I always told my daughter I expected of her–I did my best.