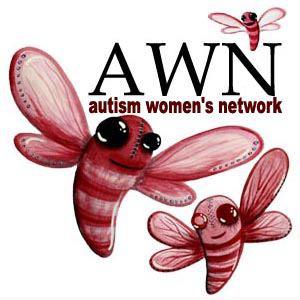 But again, the media suggests we are born with criminal tendencies.

There is even a code word: “loner”.

Another mass murder, another shooting, and the media jumps in and concludes: the shooter was said to be a “loner”, probably with a diagnosis of Asperger’s Syndrome. So, autism must be the reason why the murderer committed such horrible crime.

This unethical media behavior is so common that family members of the shooters and their lawyers are quick to use it, blaming an act of evil, in the latest case a mix of personal frustrations, misogyny and possibly entitlement, on autism or mental illness.

The mainstream media, largely white and male dominated, cannot come to terms that an upper middle class white young man could have committed such a crime, unless he was “not like us”.

Therefore, the media digs for a quote where the code word appears, and suddenly, a whole group of people – like me and my friends – become time bombers, ready to cause pain.

This is mostly true for my Autistic friends identified as male. The media bias puts their lives at risk, it makes it harder for them to find jobs, it isolates them. They become suspects of acts yet to be committed.

I more or less exclude myself from the group I just mentioned because I look and am very disabled, so I am basically ignored by the media.

The same unethical media that is quick to blame autism for unthinkable acts of evil committed by someone “just like them”, ignores the stories, sadly very common ones, of Autistics being murdered by family members. The only news we see when Autistics very much like me are murdered, are stories about the “brave” and “selfless” acts the murderers committed when they killed Autistics. When we – and other disabled people – are murdered, it is an act of “mercy”.

To the mainstream media, autism is always to be blamed, when we are murdered, or when the majority needs a scapegoat for evil.

The media is often called “The Fourth Estate”. It is an unofficial political force and a powerful social force.

Like Congress, which makes laws that can influence our lives, the approval rate for the mainstream media is very low.

Unlike Congress, which is not watched closely by many, meaning that their ridiculous debates and biased views don’t reach millions everyday, the media’s impact in our lives is immediate, irreversible, and it propagates itself in an out-of-control manner.

The media bias is so blatant, it repeats falsehoods about autism and refuses to talk to Autistics. And after we point this out, it happens again.

The media, with its unofficial political power, is engaged in propaganda to keep viewers, listeners and readers misinformed, albeit entertained.

All my objectifications about blaming autism for mass murders are also true for mental illnesses. Every human being has the potential for good and evil. No diagnosis increases the chances of evil acts.

Follow the flashblog for more posts on media misrepresentation and stigmatizing of autism and Autistic people.