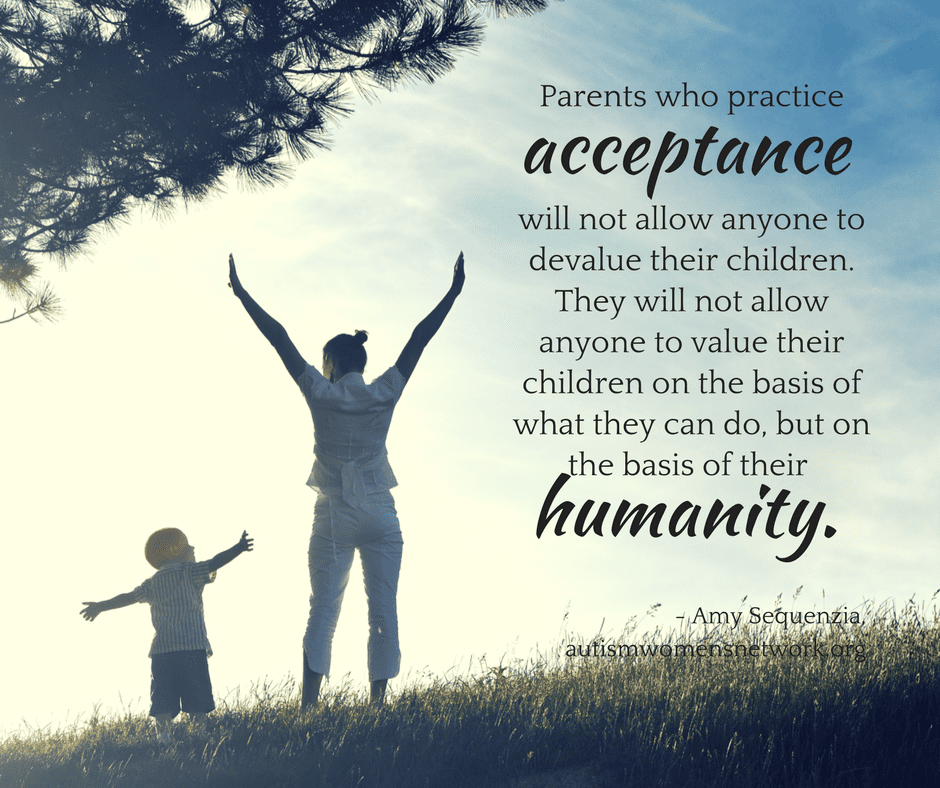 It has been a long time since Autistics started saying that Autism Awareness is not enough. 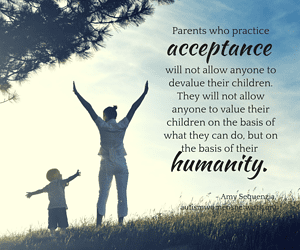 Image description: photo of a parent and child standing side by side in a sunny field, with their arms raised and outstretched as they gaze at each other. Text says, “Parents who practice acceptance will not allow anyone to devalue their children. They will not allow anyone to value their children on the basis of what they can do, but on the basis of their humanity. – Amy Sequenzia, awnnetwork.org”

It has been a long time since Autistics started saying that Autism Awareness actually hurts us.

Nothing much has changed in the so-called Autism Advocacy Organizations (not the ones like the hate group Autism Speaks, but the ones that call themselves “allies of the Autistic community”).

They still use “Awareness” and puzzle pieces when talking about us.

They still focus on the latest scary numbers that tell the world how much of a tragic epidemic we are.

Even if some of these organizations added the word ‘Acceptance’ to their campaigns to raise money, and they sometimes share Autistic writings and art, supposedly to “give us a voice”, there is a big problem:

They “give us a voice” to raise money while using all the pathologizing language that implies that we need to “become better”. Better what? Better human beings? Better fake neurotypical?

They “give us a voice” but they still support torturous practices, like ABA – to “make us better”, I guess?

They “give us a voice”, as long as we are “nice”, “understanding of parents’ feelings,” and not too loud.

They still believe we need them to “give us a voice”, something that is rightfully ours.

So, Autism Advocacy Organizations are not practicing Acceptance. They use the word but they don’t act on it. That is not true Autism Acceptance.

I think there are some positive changes in parents’ attitudes. Some of them are really trying to understand their Autistic children, and trying to find ways to support the children without breaking them. They are learning and embracing Neurodiversity. Still, many parents still don’t understand, and don’t want to learn, about neurodiversity.

I see parents reaching out to Autistic adults and asking thoughtful questions. Some of them get back to us with feedback, or more questions. I feel actual joy when a parent tells me that their child is much happier, or more relaxed, or that things are improving after the parent changed their view and rejected the “bewareness” warnings.

This is because these parents acted on their words.

They listened to us, Autistic adults, and they saw which input provided was applicable to their children.

They spent time thinking about how to better *act* on Autism Acceptance.

They tried, maybe they failed a few times, then they tried again. Maybe they are still trying to find the best approaches that can help their children to be the best Autistic self they can be.

These parents don’t use the word ‘Acceptance’ to look good on social media.

They don’t judge their children by comparing them to neurotypical children – or even to other Autistics.

They don’t give up.

They support the Autistic community because this is their children’s community, and they know how they want their children to be treated by the neuromajority.

Some of these Autistic children are also very disabled, like me. Some of them will need 24-hour care, like I do. Maybe they will not be able to “live independently” – as defined by the normalizing society.

This is why acting on autism acceptance is important.

Parents who practice acceptance will not allow schools, aides and services providers to get away with anything that is not fully inclusive and respectful of the child’s neurology. By inclusive I mean understanding that Autistic brains do not process information in the same way as a neurotypical brain. By respectful I mean allowing them to be Autistic.

Parents who practice acceptance will not give their children ultimatums, or timelines, or goals, based on neurotypical expectations.

Parents who practice acceptance will put their children first, without trying to erase the essence of the child.

Parents who practice acceptance are not super heroes. They can get frustrated sometimes but they recognize their children’s humanity and direct their frustrations to an ableist society. Ableism is not disabled people’s creation.

← Autism, Movement, NeurodiversityOur Interests Are Ours →